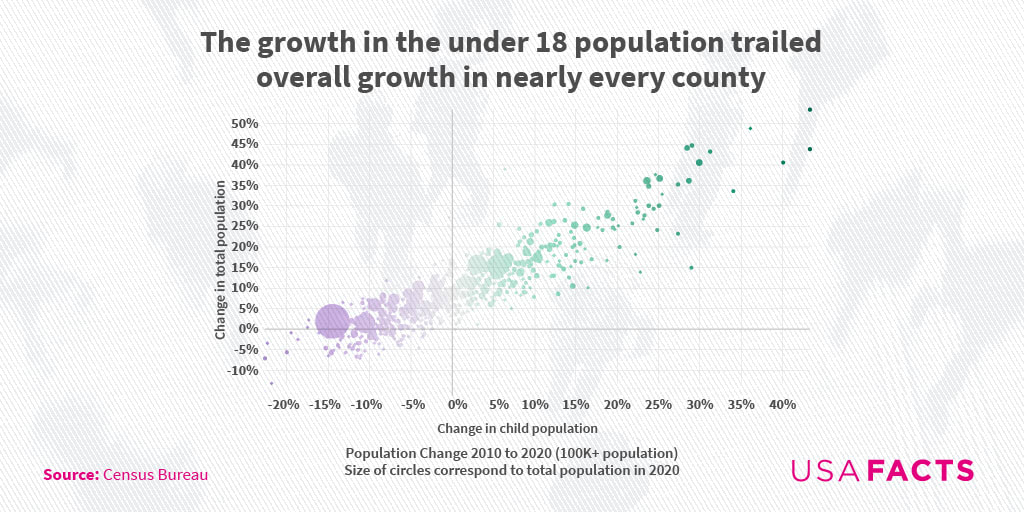 Between the last two censuses, the adult population in the US grew 10%, from 234.6 million to 258.3 million. During that same period, the under 18 population dropped 1% from 74.2 million to 73.1 million. The decrease occurred as US birth rates hit a record low. At the same time, diversity among the youngest Americans increased in the last decade.

While there are fewer children overall, additional census data shows how America’s children have changed both demographically and geographically since 2010.

While the number of children fell 1% during the decade, the change was not uniform across demographic groups.

Learn more about the US population here.