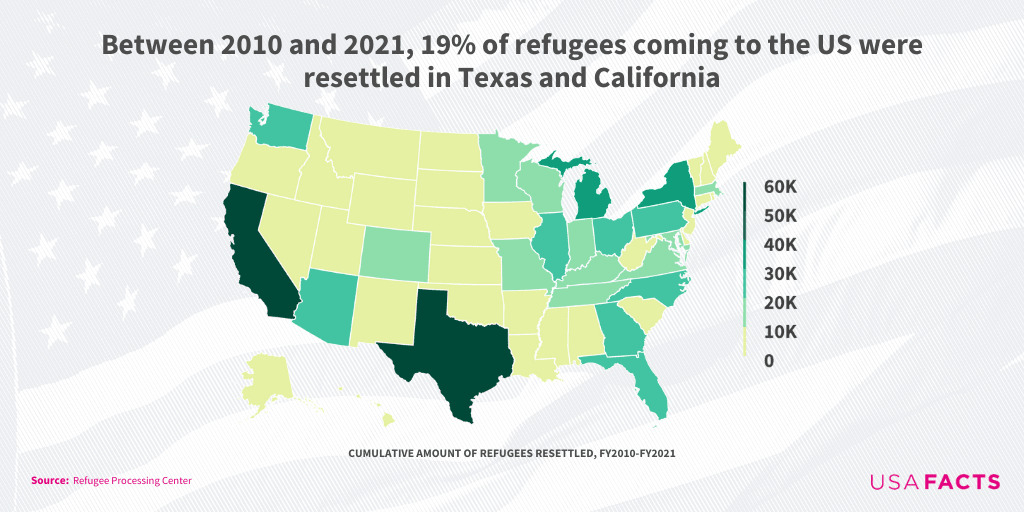 Where do refugees resettle in the US?

Changes in refugee policy between presidential administrations caused big shifts in the number of refugees admitted to the US in the last decade. In fiscal year 2016, the US admitted about 85,000 refugees. By 2021, that number dropped to 6,300. President Joe Biden announced his first adjustment to the refugee admissions cap in May, and with plans to increase the 2022 fiscal year limit to 125,000.

Where refugees settle in the US depends on where they come from and the locally available resources to help them succeed.

Where do refugees resettle?

Texas and California top the list of states receiving refugees between fiscal years 2010 and 2021, each accepting more than 50,000 refugees total. New York, Michigan, and Arizona round out the top five on refugees resettled. Twenty four states and Washington, DC resettled fewer than 1% of refugees from 2010 to 2021 with a total of 53,067.

Learn more about refugees in the US here.