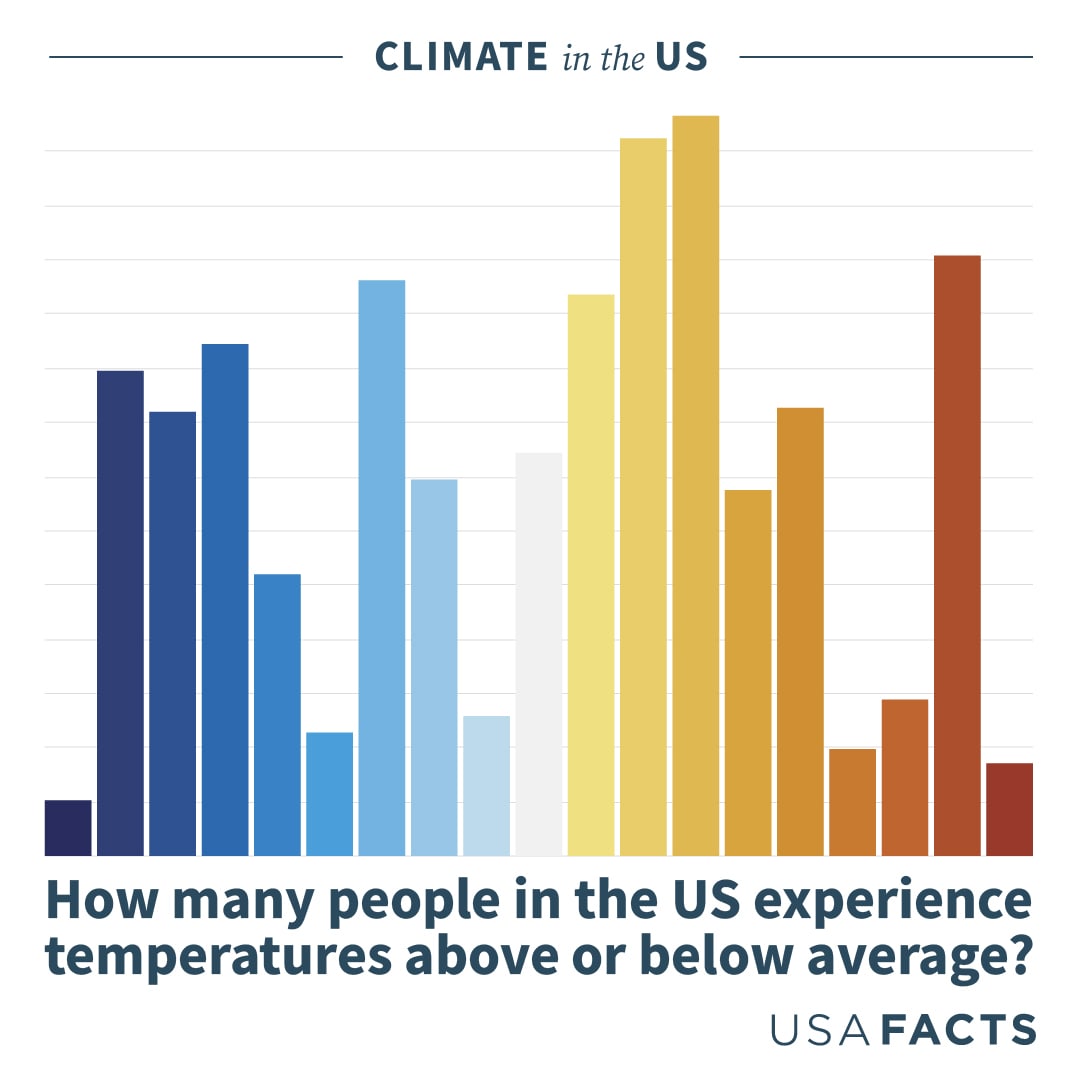 Climate in the United States

The United States has experienced a wide variety of extreme weather over the last 125 years, impacting people, communities, and geographies.

During the heatwave in June 2021, approximately 1 in 3 Americans (94.2 million) lived in counties experiencing higher temperatures than the 20th century normal.

Dive into a lot more facts about climate in the US here.